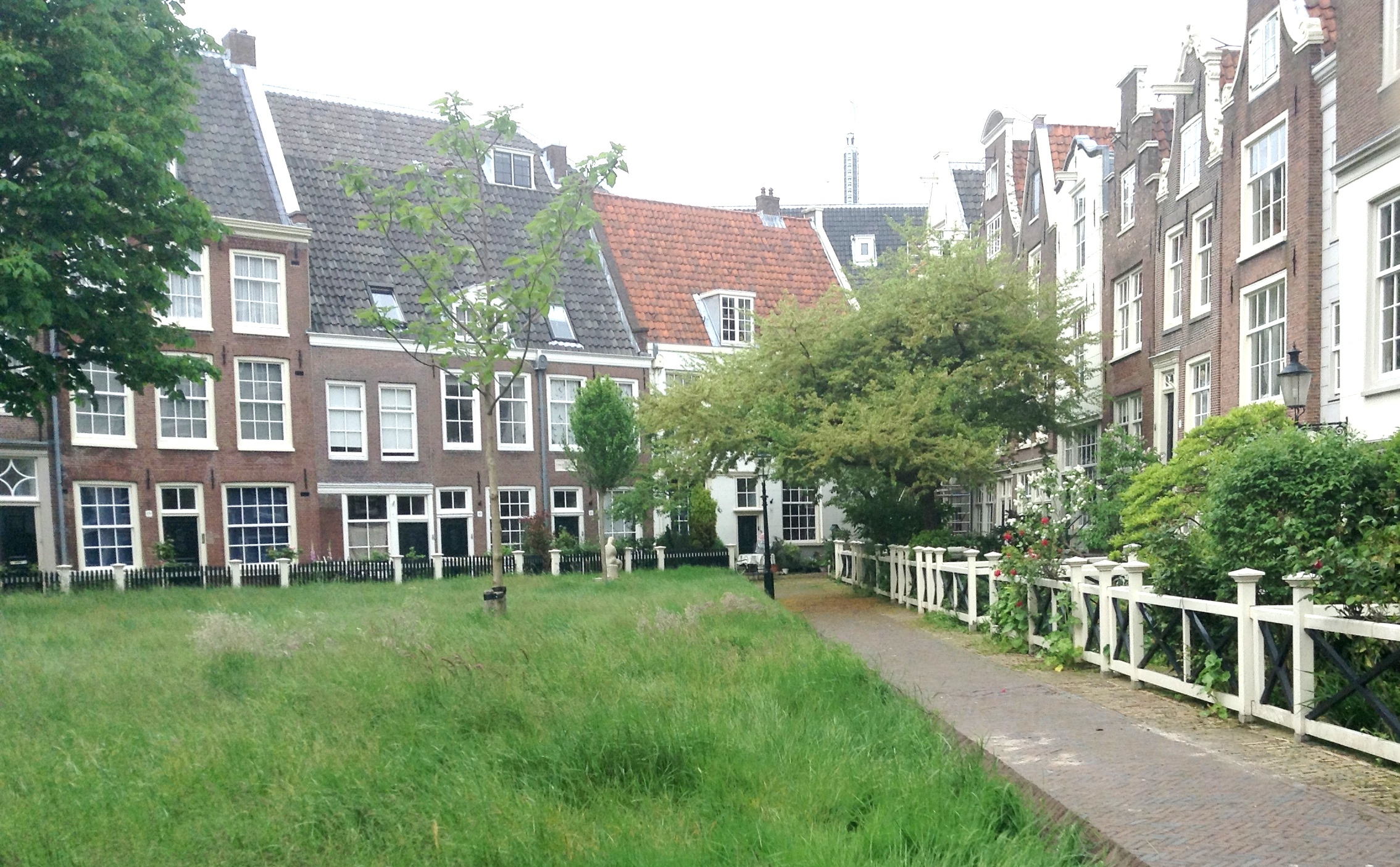 Amsterdam is a popular tourist destination for North Americans and Europeans. Even though many of the streets are only for pedestrians they are still crowded and at times chaotic. One day while walking
on the Kalverstraat my friend showed me a massive door but on that day it was locked. Recently we were able to gain entrance and explore the Begijnhof. Initially the Begijnhof was established in the late

1300’s as a residence for lay religious women (differing form nuns in that they did not take vows).Similar Almshouses (Hofjes) were built during the 17th century in the Jordan district to shelter the widows of sailors.

Entering the courtyards of these residences you generally find a cluster of twelve apartments around a central garden and you forget that you are in a city. While there are twenty one of these Horfjes still managed by the local government in the Jordaan district they are private homes so access to these areas occurs rarely. As a tourist I feel quite fortunate to have seen three.