The Neolithic Period commenced about 10000BC and ended between 4500-200BC. As a reference this is the period in which Jericho was built and Stonehenge erected: it was also the era during which passage tombs were created beside the Boyne River in Ireland. Today a world heritage site has been established at Brú na Bóinne which features these tombs: two of which are accessible to visitors. Knowth and New Grange were both built about 3200BC and served as ceremonial tombs that incorporated astronomical clocks into their designs. In the case of New Grange that calendar function continues today: the passage of that structure is designed so that light only enters the center of the tomb on the winter solstice. This feature allowed farmers to determine when spring would occur so that they could commence planting crops.

The tombs are similar in size but differ from each other in two ways. Knowth has one passage oriented to the east with a second to the west and most of the kerbstones around its perimeter have been decorated with designs. New Grange is slightly smaller with only one passage (facing to the south) and the front of it was decorated with a design of black and white stones.

The presentation at New Grange includes a lighting component that mimics the entry of light into the passage which occurs at the winter equinox. Starting in darkness a flickering beam stretches across the chamber and you visualize light as a dynamic force and understand the relevance of the sun in Neolithic culture.

We may marvel at the tombs because of the methods and labour used to construct them however their carved kerbstones make them significant. What you see at Brú na Bóinne represents the highest
concentration of megalithic art in Europe. The meanings of the symbols are for the most part a mystery but one has been interpreted as a calendar and a second as an astronomical map. 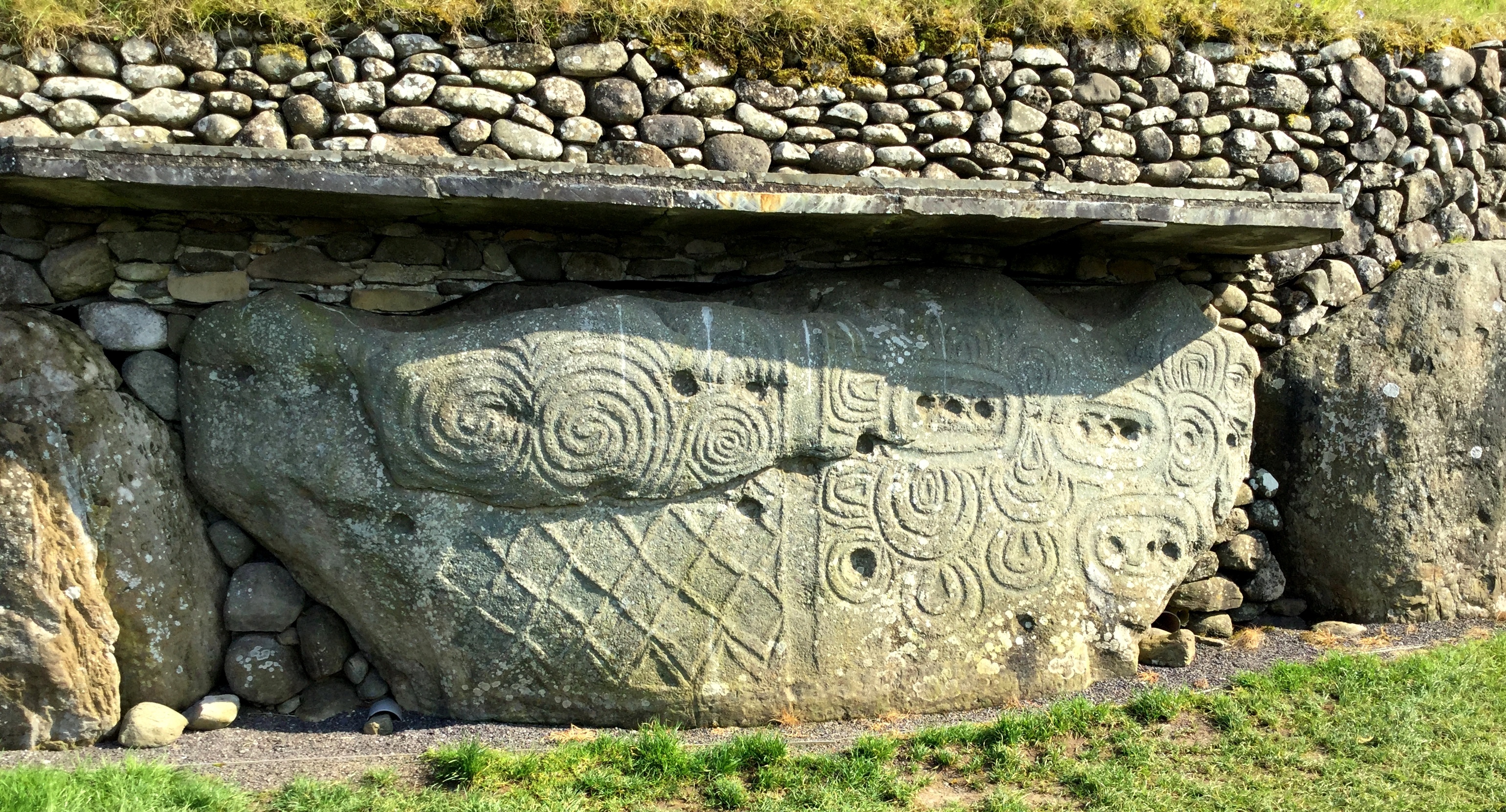