Haarlem and Ijmuiden an Zee

Upon approach to Amsterdam airport our plane circled over the ocean and I saw groups of fishing trawlers cruising past large arrays of off shore wind generators. Then as we got closer to Schiphol canals, reservoirs and long thin farm tracts came into view. The airport itself has a lot of retail shops and passenger services are well signed. Ground transportation services are clustered at the airport plaza and central to all terminals. The bus station is unmanned and located on the ground level while the train station is down one level. I was meeting my friend in Haarlem and able to take a direct bus.
Bus schedules are posted at the airport stop and detail differing routes with the post number of the next departing coach: the Red Line is the major airport service around Amsterdam. Once determining the route number and final destination on your route wait for a coach displaying the corresponding information and board. Video panels are located at the front of each bus and detail the upcoming stops with your estimated time of arrival at each point. Outside from the airport most bus stops have LED panels which list when the current and next available bus depart. Windmill on Main Canal in Haarlem 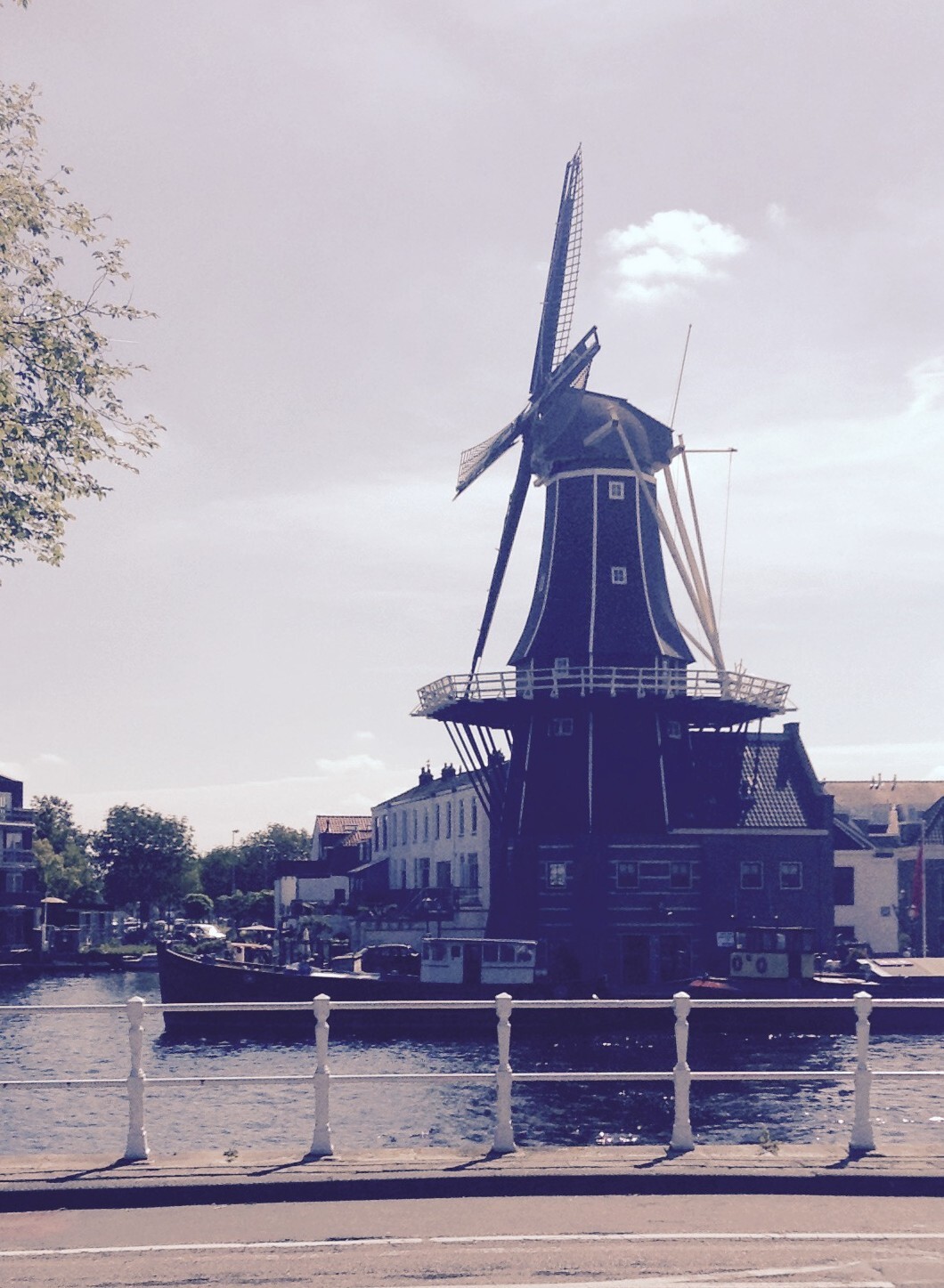 Haarlem is located thirty minutes northwest of Amsterdam and is popular with tourists. Both the train and bus station are merged together: travelers can also find a bicycle rental location and secure baggage lockers. South of the station you find an old town square adjoined on opposite sides by the Cathedral and Town Hall which were both built in the 1400s. We ate lunch at XO, one of the square’s sidewalk cafes and I enjoyed a “Radler Grapefruit” (a grapefruit flavoured wheat beer). Servers in the Netherlands feel that it is rude to interrupt patrons so you may have to request that someone take your order or prepare your bill. Walking east of the square you see canals with traditionally styled houseboats and a gigantic Windmill.

Beach at Ijmuiden The expansive beach at Ijmuiden is a popular spot for kite boarding and there are sandbars which create shallow areas extending far out into the water. Ijmuiden is located on the North Sea but the water felt quite warm. Back from the shore you see beach cabins which families own or rent during the summer months. After visiting the beach you can go back to the port where seafood restaurants are located in heritage buildings along the waterfront.

How Travel Insurance Saved Martin
Read More
Feel Right at Home in a Far Away Place
Read More
ALASKA – FEEL FREE TO LET THE OUTSIDE IN.
Read More
Why a Trip to Canada's Northwest Territories is a Girl's Best Friend
Read More
Avalon Southeast Asia: A World of Difference
Read More
Cruise Close to Home with Princess
Read More