San Juan del Sur has been known as a fishing village/surf haven for a number of years and is now a trending tourist destination. It’s location on the pacific coast of Nicaragua makes it a nice base for people who wish to explore the various beaches in the area. The appeal of day trips along the coast has attracted Cruise ships to include it as a Port of Call and a number of boutique hotels have opened in the town. The day I visited the area I felt like I had dropped into the 1950’s as I sipped my “Tona” (the local beer) however the

community has been a travel destination for a very long time.

During the mid 1800s people travelling between California and the Eastern seaboard often crossed via Nicaragua rather than trek overland on a route created and managed by the Cornelius Vanderbilt. San Juan del Sur was a transit point on the Pacific and The Hotel Victoriano still includes Mark Twain as one of its famous occupants. Downtown wooden buildings painted in a variety of colours retreat from the shoreline and are reminiscent of the Mediterranean. As you approach the water you pass the Malecon which follows the curve of the Bay and find restaurants, surf shops and charter boat services before arriving at the beach.

The day that I was there we enjoyed lunch at Restaurant El Timon which is located at the high tide mark in the middle of the Bay. The open air location offers inviting views of the ocean where surfers were riding easy swells and a mixture of yachts and fishing boats were tendered further out. Similar to Rio the area has a statue “Christ of Mercy” located on a high cliff at its north end. Our meals were presented nicely and prices for most entrées were about 350.00 Córdobas, or 16.00 Canadian.

I feel that this area is going to become popular: Nicaragua has a low cost of living that appeals to budget travellers and retirees are establishing expat communities on the hills above the town. There are a number of undeveloped beaches in the district so sooner or later resorts will be built. For now you may want to beat the crowd and experience its funky atmosphere. 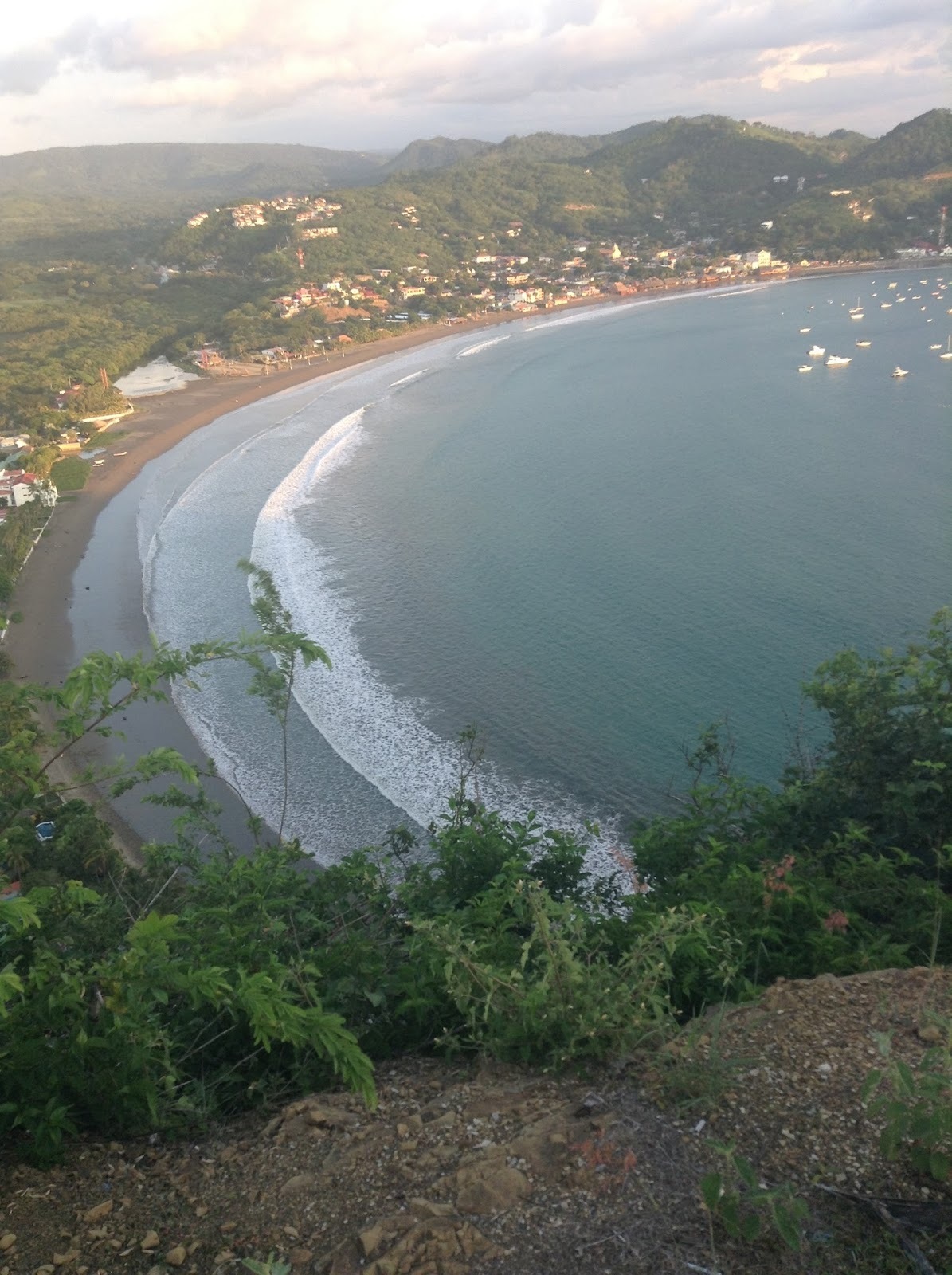