The Antrim Coast of Northern Ireland extends between Ballintoy and Portrush. Prior to 1998 political issues discouraged tourism into this area and it remains relatively rural. On the day I travelled the A2 along its coastal route the weather was sunny and we had clear views of Rathlin Island and the Hebrides of Scotland. Many of the scenes from Game of Thrones are filmed in the area including the sites of Dark Hedges and the Carrick-A-Rede Rope Bridge. It’s popularity has attracted tourists to the area and a visit to Dark Hedges, an avenue of mature Beach trees that interconnect over the road way, should be taken either early morning or late evening, a second location equally popularized is Carrick-A-Rede Rope Bridge located east of Ballintoy. The one kilometre path to the bridge is scenic but remember that you need to buy a ticket at the trailhead before making the hike otherwise you are not able to cross to the island. Originally fishermen crossed to Carrick-A-Rede to harvest salmon but now it is managed by the National Trust as a tourist attraction. The village of Ballintoy is nearby and looks like a great spot for cyclists or hikers to stay in a bed and breakfast or enjoy a local pub. 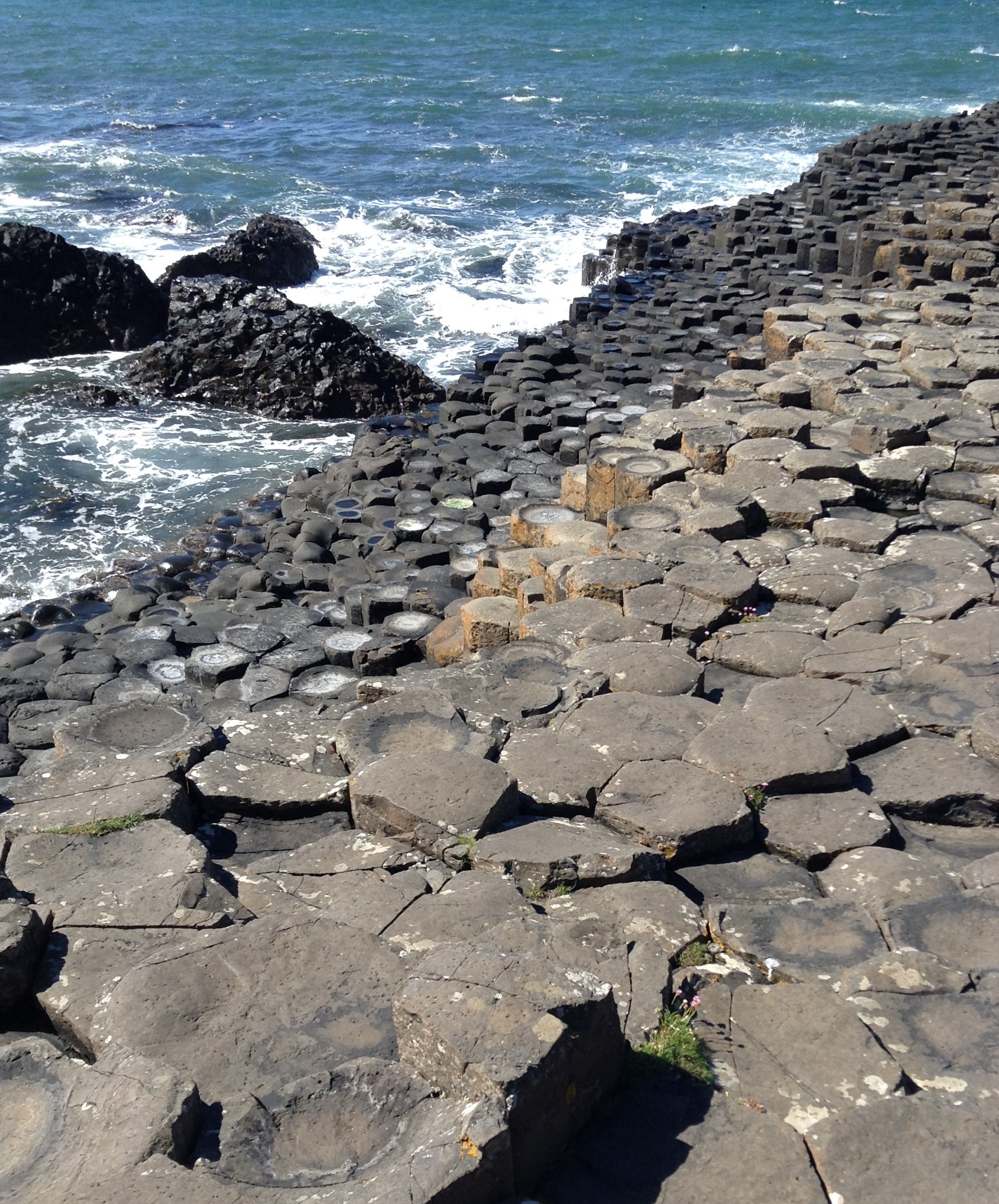 Seven miles away the National Trust manages a visitor’s center at the Giant’s Causeway. The building itself has won an architectural award: part of it is set underground so that it is inconspicuous against the cliffs and its basalt columns echo the geology of the area. To view the Giant’s Causeway visitors have to walk 800 meters from the reception down the hill to Port Noffer. Ulsterbus offers service between the two points during the high season so that tourists may avoid trekking up or down the hill. I was impressed by the center’s interpretive displays which traced the theories, fact and fiction of this landform.

Our final call was a photo stop at Dunluce Castle east of Portrush. This site is also managed by National Trust: most of the room have fallen in but visitors can view it’s two remaining towers and walk down to the Mermaids Cave beneath the stronghold (another setting used in Game of Thrones).