We have learned to fear volcanos: they emit gases, erupt lava and occasionally explode. In many cultures they have been your “go to” place for human sacrifice. Nicaragua is a country that
straddles two tectonic plates and is part of the Pacific Ring of Fire: you can literally see the chain of cones. Volcanos in this country preside over the landscape and offer sanctuaries of biodiversity for plant and animal species, dormant craters act as reservoirs and porous rock filters water for the farms below.

The Mombacho Volcano features a cloud rainforest at 1150m with hiking trails that people can enjoy guided or independently. Downhill from the primary forest you find the coffee growing area and can either learn about the harvesting process or go zip lining. The Canopy Zip Line tour is set over seven legs of varying lengths and difficulty. As a first time zip liner rather than feel intimidated I felt a connection to the rain forest environment. 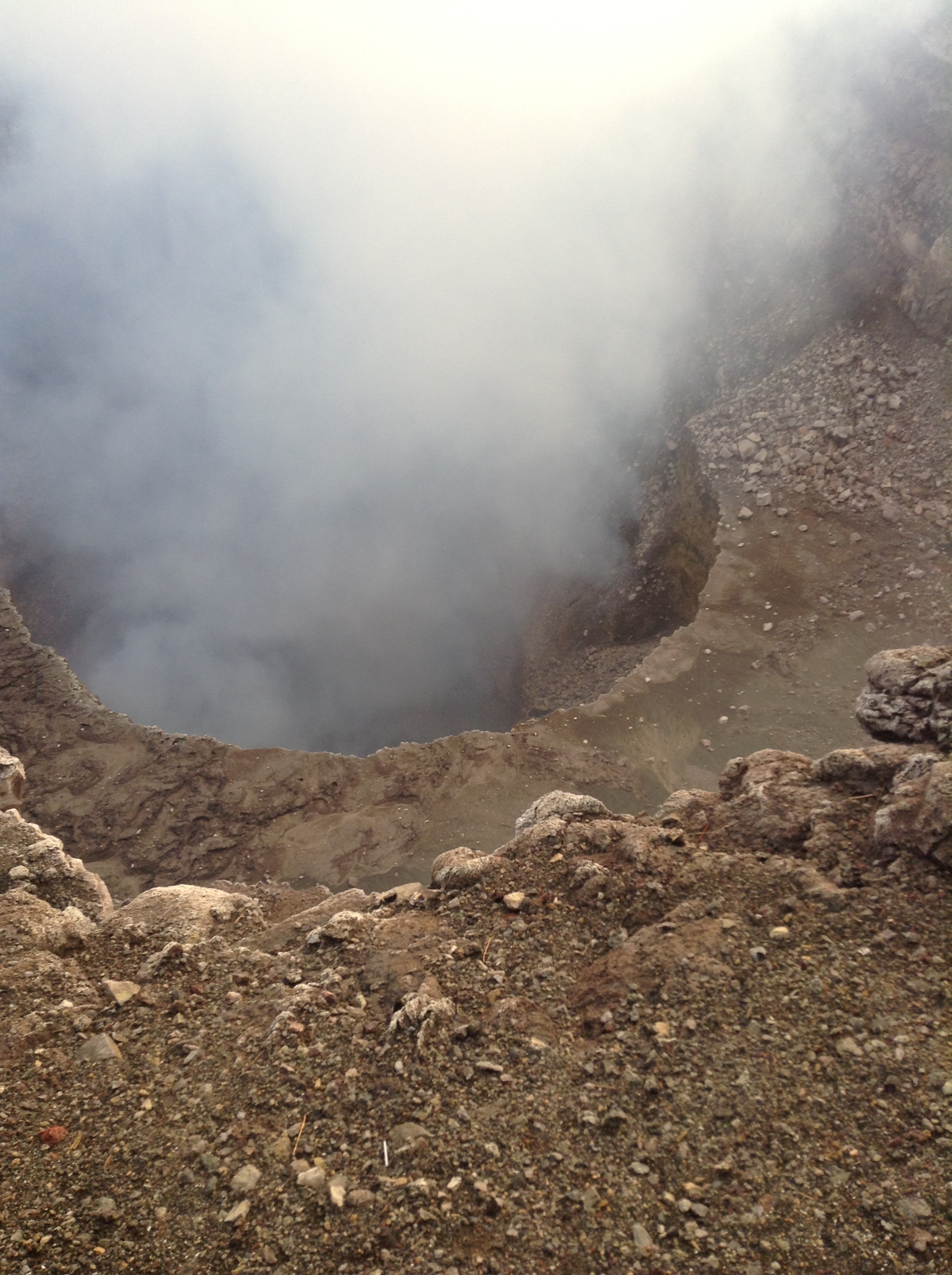 Masaya Volcano is much more easily accessed: it is an active site and the cone has been deforested from an eruption in the 2013. Drivers can park within twenty feet of the rim to look into its active caldera. While there are trails around the craters, exploring the area depends upon wind direction because the gases emitted can make you sick after a while.

East of Leon, Casa Negro Volcano is a site for sand boarding (like snow-boarding but on volcanic sand). While ascending the cone, boarders get to enjoy vistas of the surrounding peaks. It felt very primal…after reaching the top I got to run the rim trail before descending on my board. Sand boarding involves wearing coveralls, heavy gloves and a visor that protect you from the coarse sand. It was much easier than I expected: the slope looks steep but the sand is deep and offers some resistance for controlling your speed.

My experience at all three locations felt very “elemental”. Volcanos are a force of nature but the landscapes they generate are quite inspiring. Perhaps “experiencing life on the edge” isn’t an entirely bad thing.