I love Running Tours: you get to see a lot of sites in a short period of time, understand the distance between places and experience the destination through the eyes of a local. Last summer I got to explore Ghent with Wim Van de Putte from City Running Tours Ghent (http://www.readytogo.be/#_=_) . Ghent was historically a significant port city and continues to offer a port container services in its industrial area. My tour centered around the historical pedestrian area of the city. 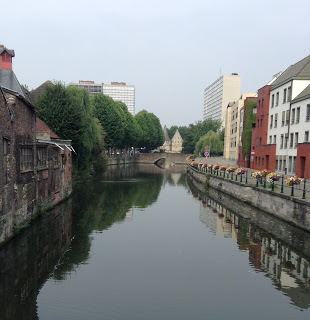 Ghent has attempted to bring people back into the city by excluding scars from the heritage areas. Parking lots have been moved underground and replaced with cobblestone Plaza's. Canals that were covered over are now being reopened. The city plans to double the space designated as "pedestrian access" within the next year 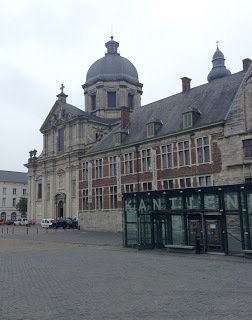