Viewed aerially Amsterdam looks like an onion with a series of concentric canals expanding from Dam Square. Many of these canals are connected by intersecting waterways and through history served as the city’s transportation network. The Amstel River is  one of the main ones and figures historically: so we started our tour of the city along it's bank. This morning we followed the waterway past the Amstel hotel, Hermitage Museum, Opera House, Thai open air market and visited Rembrandt’s House Museum. 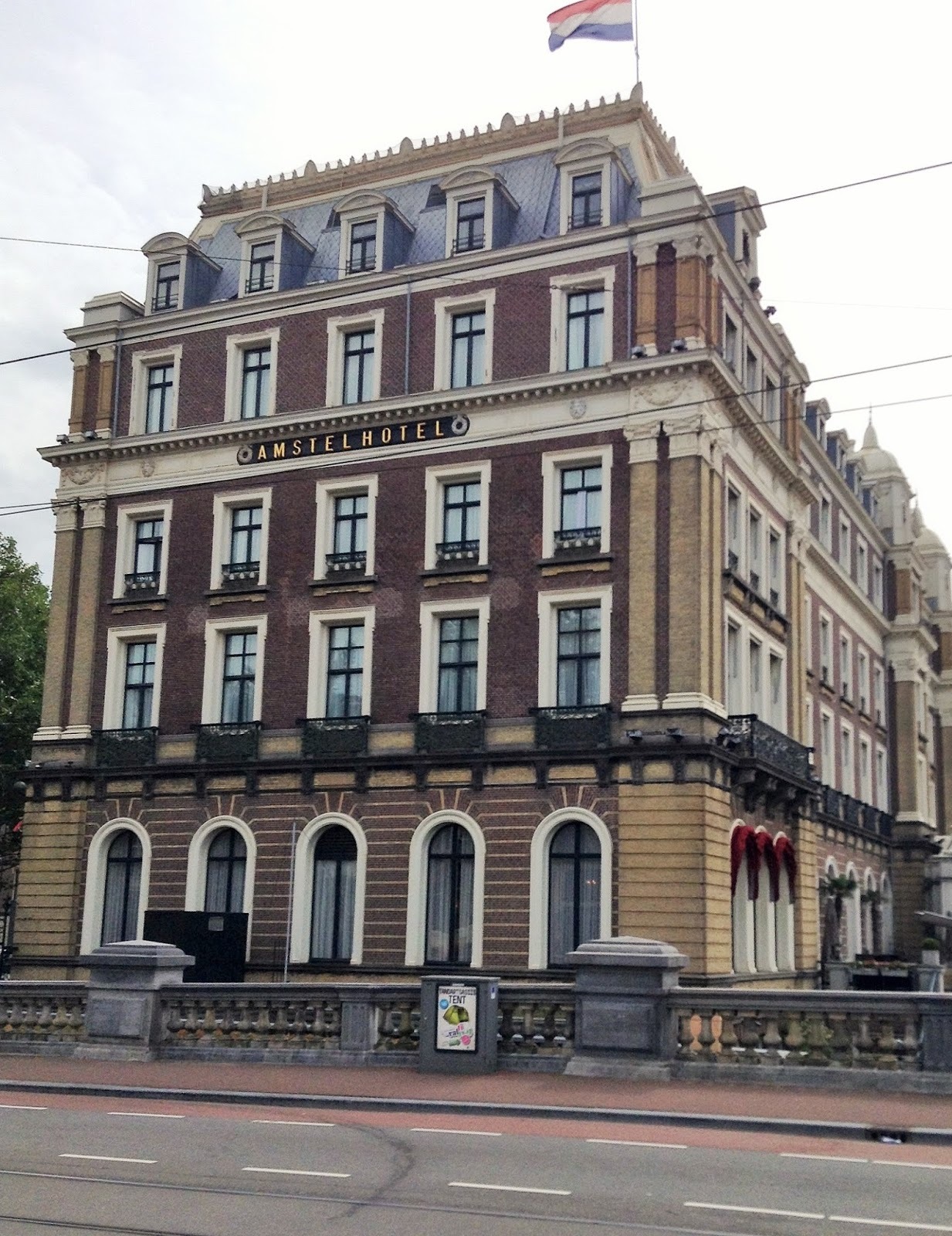 Rembrandt’s House Museum is a restoration of the artist’s original home and gives the visitor insights about how he was inspired and captured realism in his historically themed paintings. Once you have completed your tour you can cross the street to de Sluyswachl, a bar established in 1695 and picture yourself in medieval times drinking a beer just as the artist had. 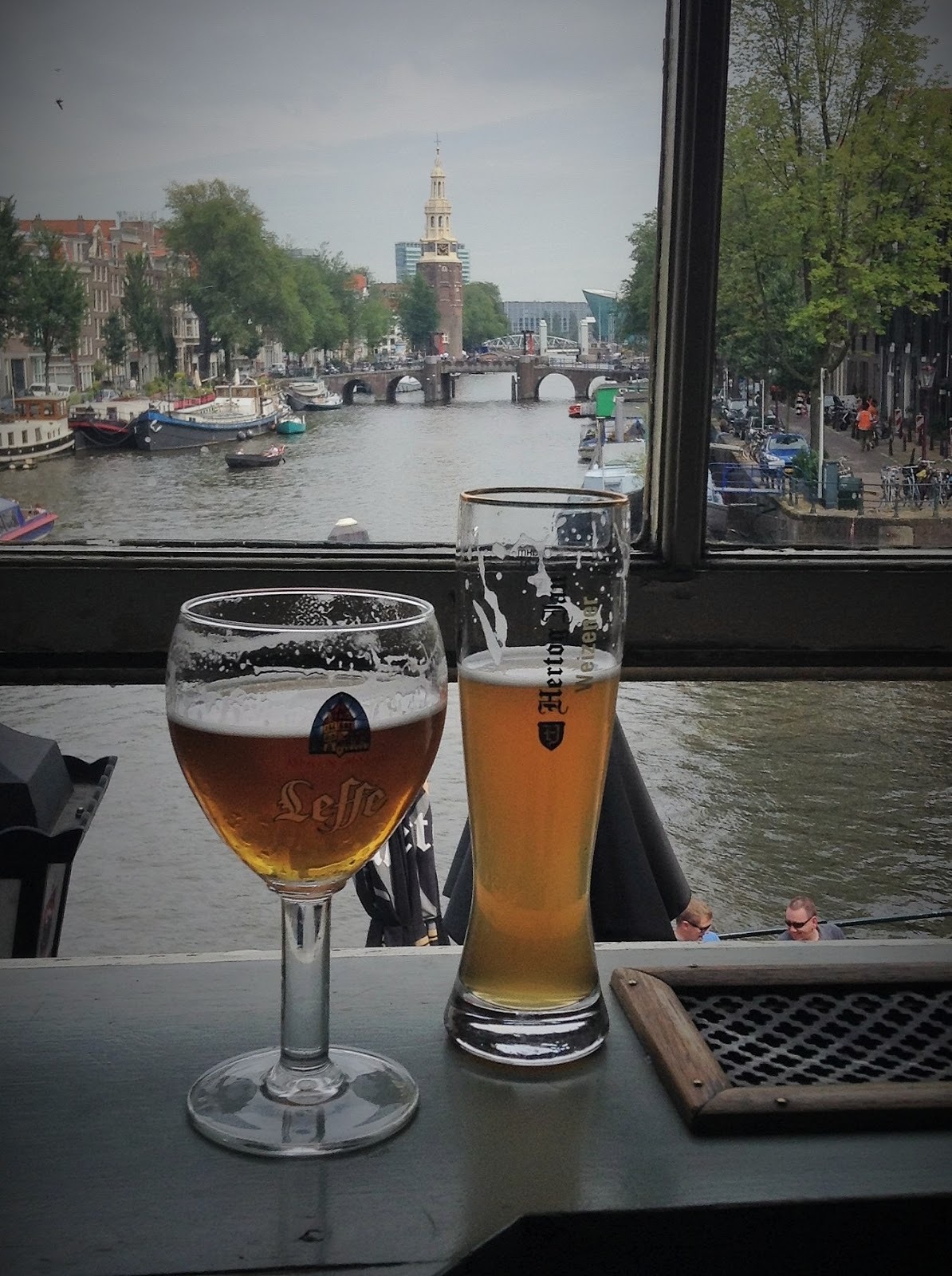 Drinks at "de Sluyswachl" From Rembrandt’s House we continued eastward to the Nieuwmkt Square and ultimately Dam Square before visiting central station. Many of the squares exclude cars and you will see Café’s which extend far into the space. Centraal station is a major transportation hub located in the center of Amsterdam on the Rhine River. Several hotels at varying price ranges are adjacent to the station and you can find Currency exchange and banking services inside.

Centraal Station and all the streets that connect it to Dam square are quite busy. City has many streets designated only for pedestrians. There are number of middle and upper end shops and restaurants situated on these open alleys. Walking down these streets you frequently see buildings and architectural details from the 16th century. Our return took us through the Leidsplein and we enjoyed dinner at Diverto, a Mediterranean restaurant that served their dishes family style.